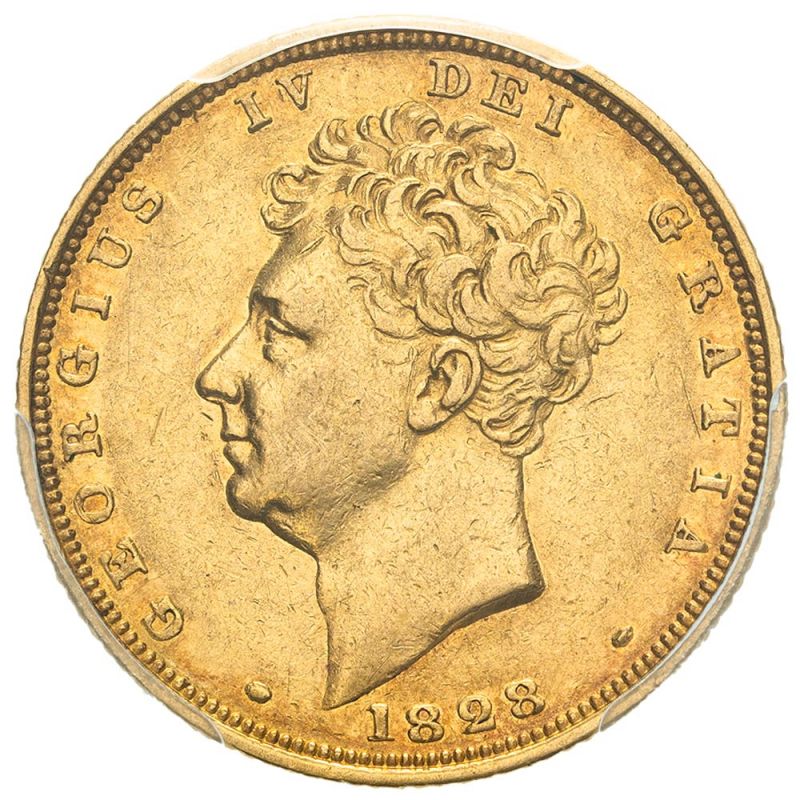 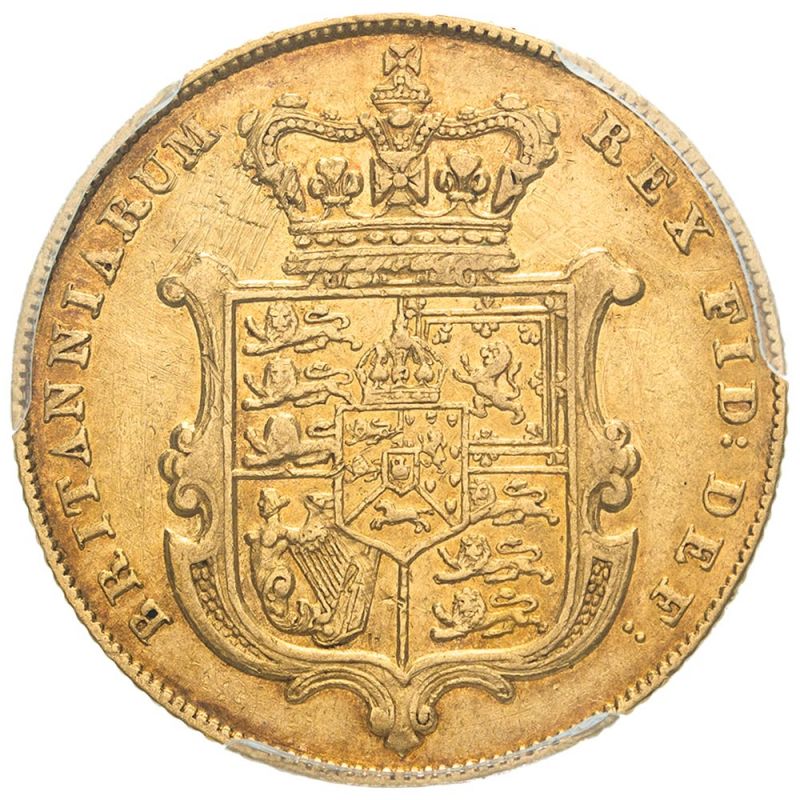 - The key date of the George IV sovereign series, and the second rarest date of all circulation, London sovereigns.

- Extremely rare and rated R4 by Marsh. Only 11-20 examples are thought to exist.

- Its rarity in combination with its being needed to complete a date run makes this one of the most sought-after sovereigns in existence.

The 1828 sovereign is the key date for the George IV sovereign series. It is the hardest of all circulation sovereign dates to find, barring the 1819 sovereign of George III. Truly, the issue is blazingly rare and only 11-20 examples estimated to exist. It is worth remembering that this is not just a variety of a date, this is how many circulation sovereigns dated 1828 exist in total. An example in any condition, being both so rare as well as needed to complete a date run, is exceedingly sought after and demands staggering premiums. An example graded NGC AU55 sold for £30,600 (inc. fees) in February of 2022.

The reasons for rarity of the 1828 coin are no mystery. Quite simply, there were far, far fewer sovereigns dated 1828 minted - about a sixtieth the number of the surrounding years. The reasons for this come down to the economics of the mint. Creating new dies each year is a painstaking task and naturally the mint is happier to reuse any working dies from the year before and put off the creation of new dies. In 1828, a large number of remaining 1827 dies in combination with a low demand for sovereigns that year resulted in dies dated 1828 only coming into use that December. The quoted mintage for the issue of 386,182 is a calendar mintage and most of these coins would be dated 1827. The true mintage for the issue is likely around 32,000 coins, of which just 11-20 survive.

Although the coin accompanies a ‘details - tooled’ grade from NGC, the tooling in question is fortunately confined to the reverse of the coin. It is the obverse of the coin that features the coveted key date, and - rare dates aside - is the side most often chosen by collectors to be on display in one’s cabinet. The obverse is quite pleasing, and both sides feature some tone in peripheral bloom. 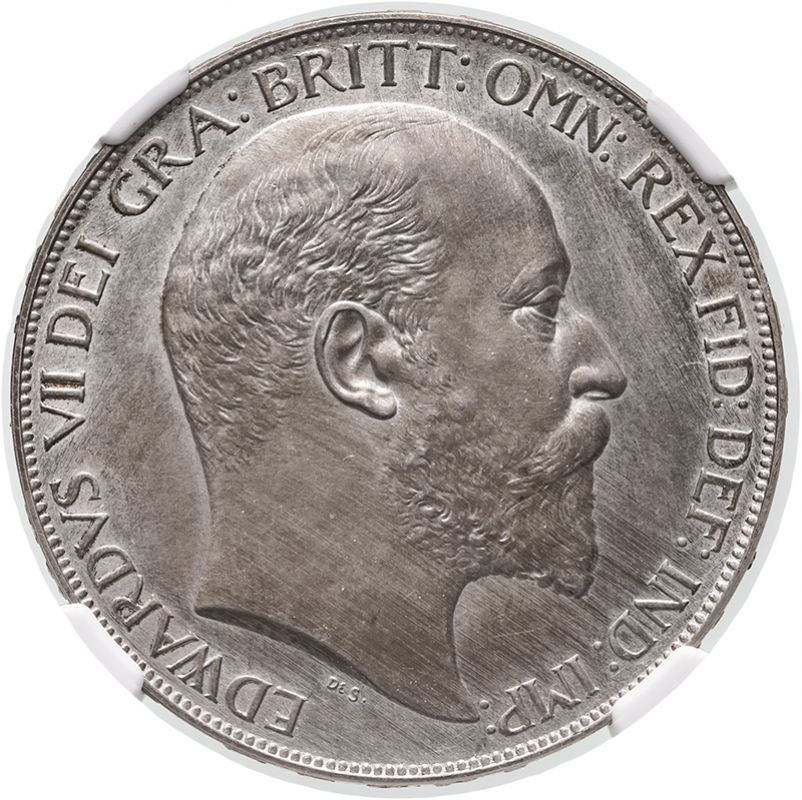 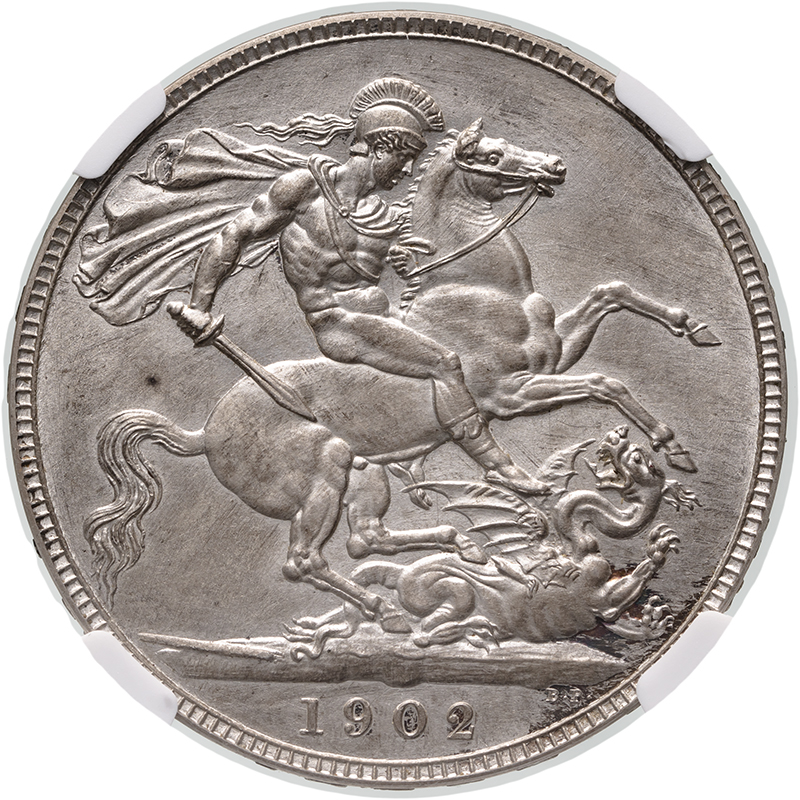 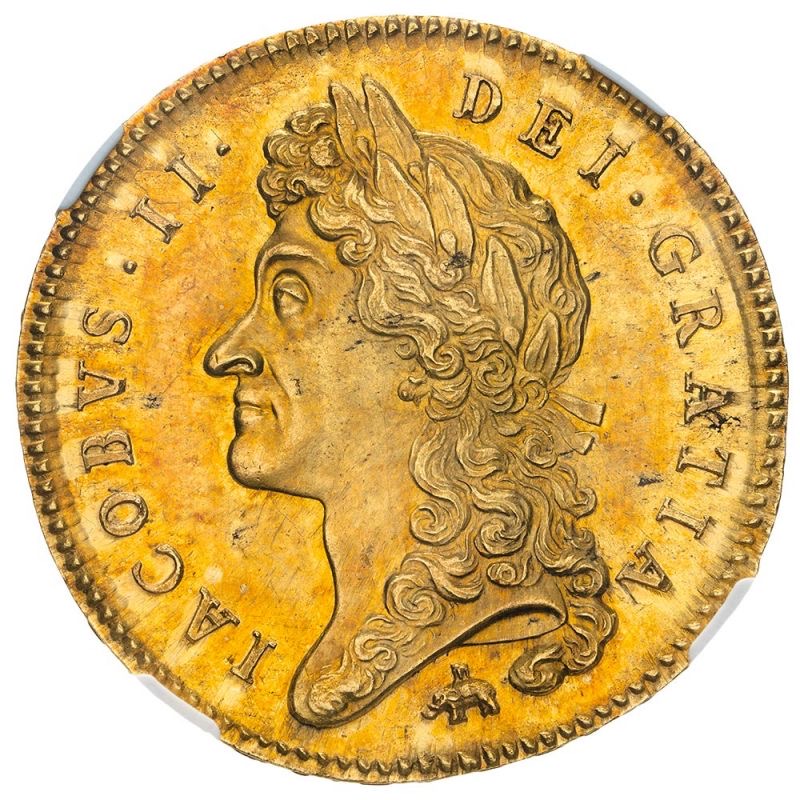 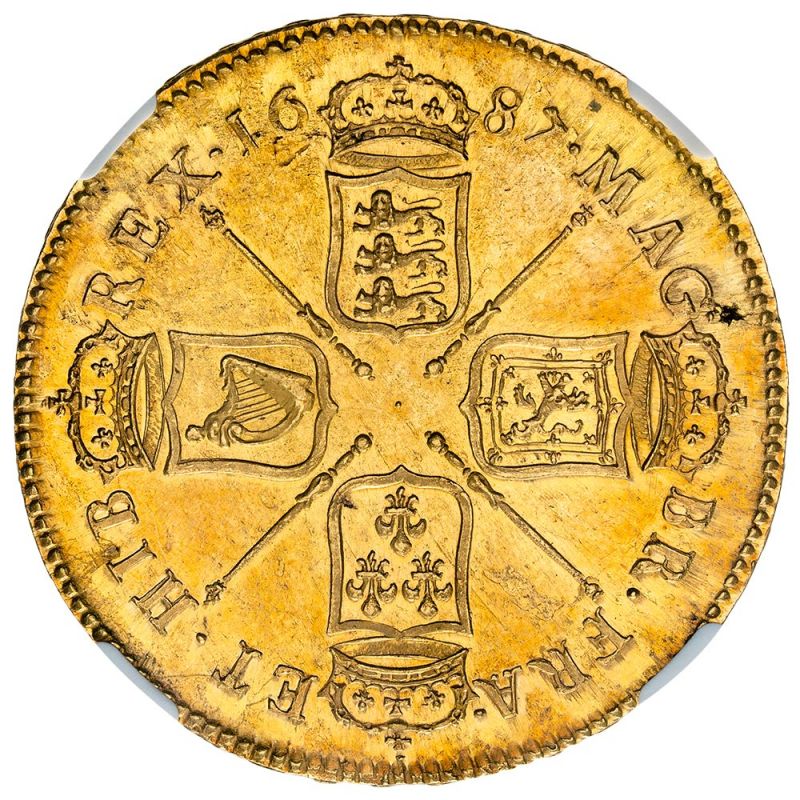 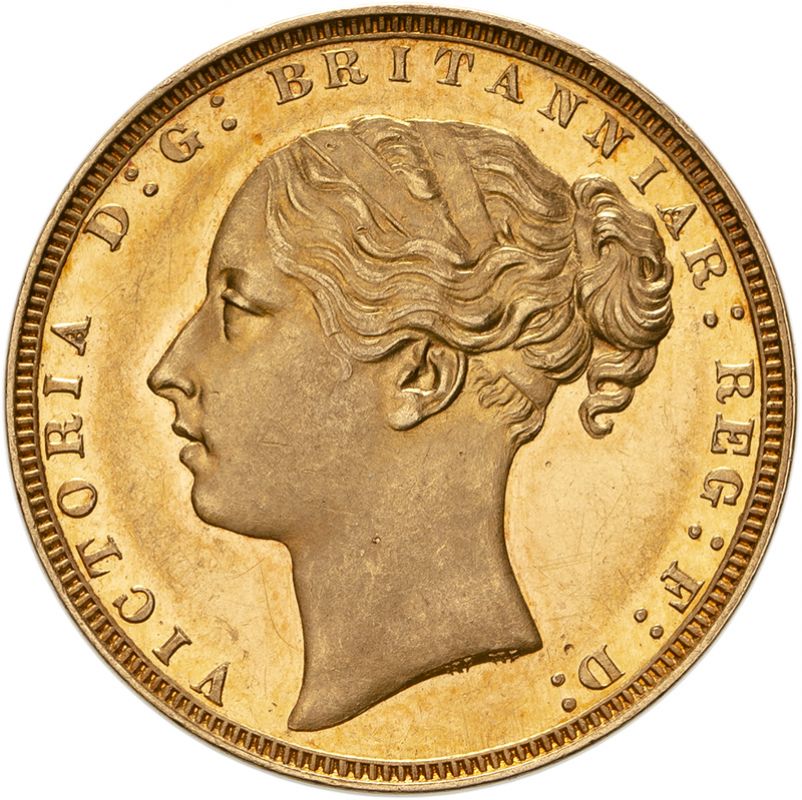 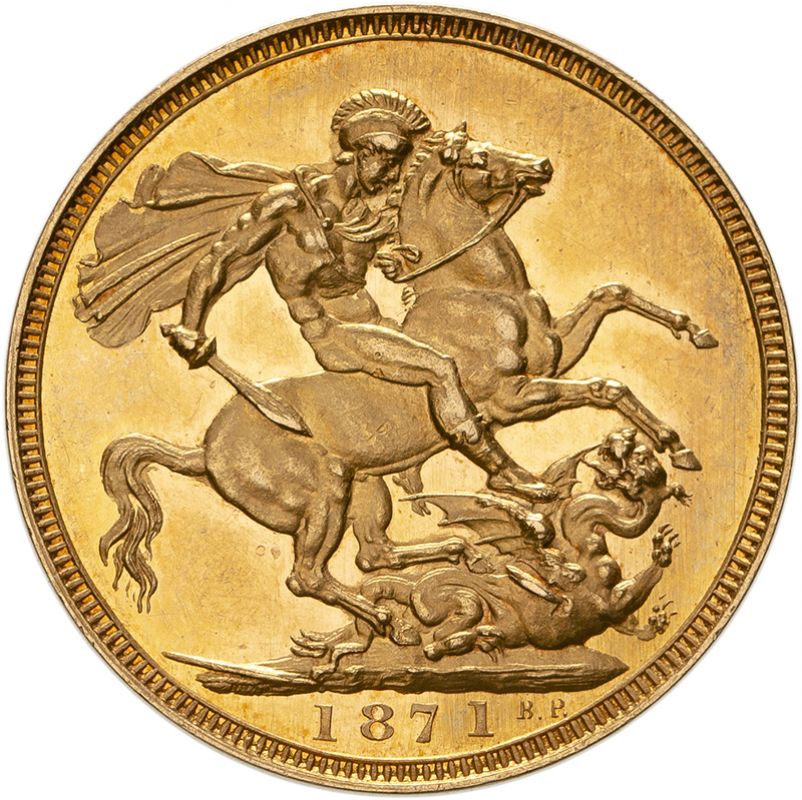 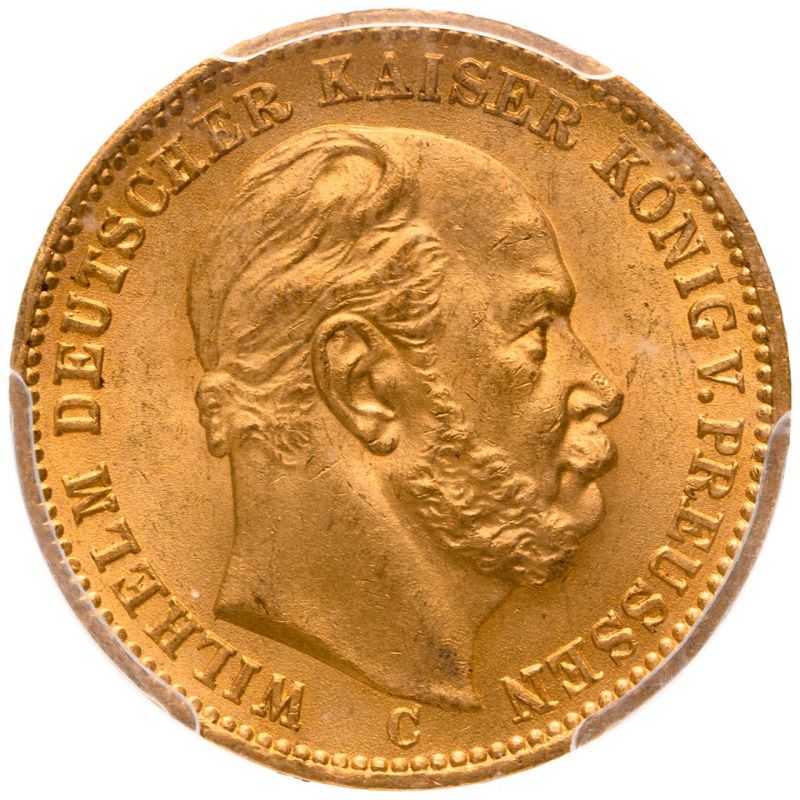 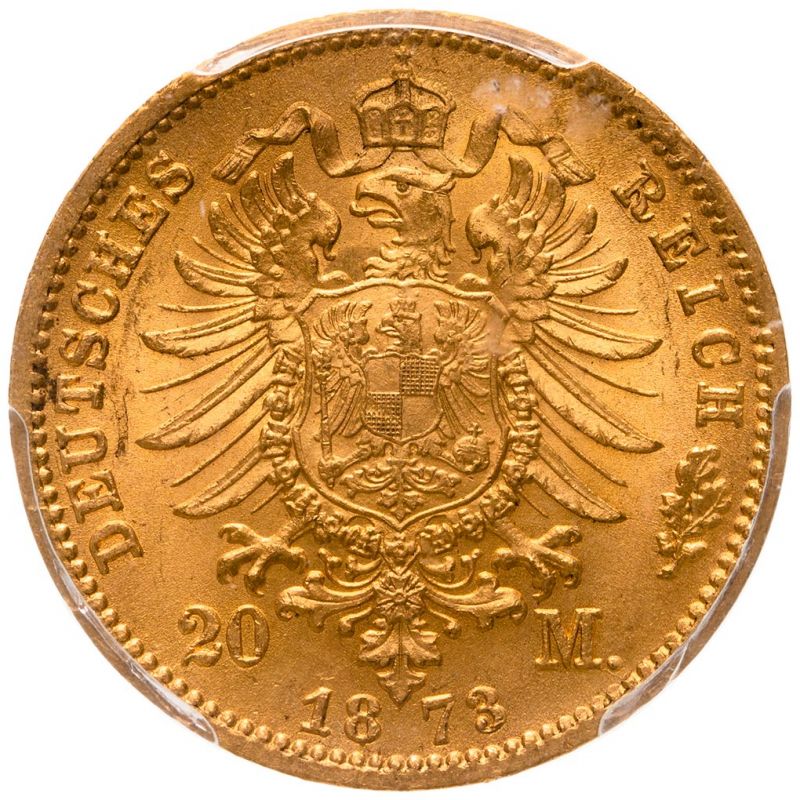